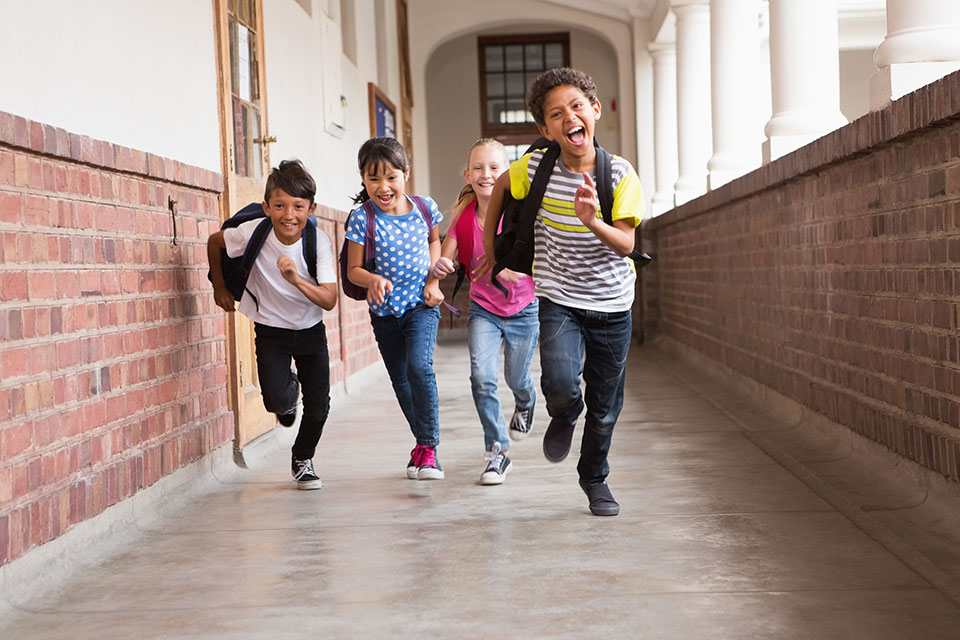 By the time your child reaches middle school, he or she presumably knows to look both ways before crossing the street, and not to hop in a van with a stranger offering candy. But as older kids become more independent, they face new risks in an environment where Mom and Dad may not be watching as closely as during the younger years. In today’s busy world, many parents are accustomed to dealing with unexpected risks and accidents as they happen — but taking a “big picture” look at safety issues could help save them heartbreak, headaches, money and time in the long run.

The Chubb Group of Insurance Companies has created this checklist for parents of pre-teens through college students to provide a more holistic overview of the risks and safety issues that students encounter beginning in middle school. From texting and social networking to class trips and first cars, today’s adolescents and young adults are growing up in an environment that is oftentimes vastly different than the experience their parents remember.

The start of a new school year is a good time to review these issues and discuss the ones that apply to your family with your kids. Reminding teens and pre-teens to make smart choices about safety might elicit less-than-enthusiastic reactions, but it shows you care — and could help keep them out of a plethora of sticky (or tragic) situations.

Monitor experiments in social networking as your kids begin to explore and participate in online communities like Facebook. Talk to your children about their web activity, and remind them what kind of information should not be shared online (home address, phone numbers and other identifying information). Encourage them not to be “friends” with people they don’t know in real life. Is your pre-teen a texting fiend? If you’re granting texting privileges to your pre-teen, keep a close eye on the phone bill — in addition to keeping charges under control, take notice of any strange numbers or calls/texts during school hours or late at night. Last but not least, remind kids to mind their cyber manners. Bullying online and via text is rapidly becoming more prevalent — keep an eye out for signs your child is becoming distressed or aggressive as a result of his or her technology use. Set up a safe environment for latchkey kids. The National SAFEKIDS Campaign recommends that no child under the age of 12 be left at home alone. Whether or not you adopt this guideline depends on your child’s maturity level, but either way, it makes sense to be prepared for potential accidents. Always have an emergency contact list on the fridge and, if possible, give your neighbors a heads-up that your child is on his or her own. Are all smoke alarms and fire extinguishers functional? Do you want your son or daughter to answer the phone while you’re gone, or should they let calls from unrecognized numbers go to voicemail? Play it safe on sports teams. Most school and local athletic programs require a pre-season physical exam, but even if your child is playing at the intramural/recreational level, it’s a good idea to schedule a checkup before he or she hits the field or court. Is the playing environment safe? Is your child’s protective equipment in good condition? When your kids are traveling with their team, pack their bags with water bottles and snacks. Don’t ignore kidnapping risks. As playground outings are replaced with trips to the mall, movies and baseball games, ensure your kids are equipped with a cell phone and are traveling with friends you have met before. At this age, your kids may be trying to dress or act more grown-up, but they are still children. It may sound obvious, but the tried and true questions of “where are you going, with whom and for how long?” help ensure your child’s newfound social life doesn’t lead him or her astray.

Instill safe driving habits early on. Motor vehicle crashes are the leading cause of death for teens in the United States, according to the National Highway Traffic Safety Administration. Consider drafting and entering into a “Driving Contract” with your teen. Some states have special laws for new drivers, but if yours doesn’t, implement some of your own rules, such as a curfew, a maximum number of passengers and a ban on cell phone talking and texting behind the wheel. And don’t forget to set a good example when you’re in the car with your son or daughter. Remind teens to protect their privacy online. Eighty-one percent of 16- to 17-year-olds report having at least one social networking account, according to a report by McAfee (http://lastwatchdog.com/wp/wp-content/uploads/100622 _McAfee_Teens_online.pdf) — and many are clueless about the importance of online security. Any photos or posts that they wouldn’t want you, their principal, or a college recruiter to see shouldn’t be posted online – even just to “friends.” Many students have jeopardized their futures with irresponsible conduct. A teen in Tennessee was expelled after posting a threatening Facebook status about his basketball coach, and a principal in Seattle suspended 28 students for bullying a classmate on the Internet. Talk travel safety before class trips. High school trips are usually longer and involve more distant destinations than field trips during the early school years, so make sure you and your student are prepared accordingly. Will you be able to get in touch with each other in case of emergency? Does your teen have access to a safe place to store his or her valuables, like iPods, laptops and spending money, or should certain items be left at home? Work smart — and safe. Is your teen looking to make some extra cash with an after-school job? Make sure that he or she is properly trained and supervised. If your teen is taking tutoring or babysitting jobs in someone else’s home rather than in a commercial setting, keep tabs on who he or she is working for, and make sure your son or daughter is prepared for the responsibility — for example, it’s helpful for children who are going to work as babysitters to be certified in CPR.

Lock down valuables in the dorm. Laptops, digital cameras, other electronic equipment and financial and legal documents should be secured in a safe when not on or near your student. Although these high-ticket gadgets and sensitive papers can still “walk” unless the safe is bolted to the ground (not an option in most dorms) this will most likely deter a common thief or a hallmate with sticky fingers. Equip your co-ed with a paper shredder. Credit card/bank account statements and any other documents that contain confidential or other personally-identifiable information can be a trigger for identity theft in the wrong hands. Credit card offers, a common sight on college campuses where student representatives hawk free T-shirts as a prize for filling out forms, can compromise your student’s identity if not discarded properly. Remind your student to think before she types. As a general rule of thumb, encourage kids not to say anything on a social network that they wouldn’t announce over a loudspeaker on the quad. By now, it should be increasingly clear that what you say even in a “Friends-only” space may not always remain private and can be used against you in a court of law, a relationship or an important future opportunity such as employment. Finally, location-sharing apps online or via smart phone should be avoided, as broadcasting their whereabouts could put students at risk. Sign up for campus alerts. The text messages and emails sent via these systems could save your son or daughter’s life if a violent or other life-threatening situation arises on campus. Following the Virginia Tech shootings in 2007, many colleges and universities implemented or updated their emergency outreach procedures. All students should be receiving these notices, and in some cases, parents can sign up as well. Have an emergency exit plan in the event your child’s school is closed due to a catastrophic event such as a hurricane, earthquake, flood or fire. Are you prepared to foot the additional tuition, room and board costs of finishing a semester, year or degree elsewhere? Similarly, parents of students traveling as part of a college sports team or spending a semester abroad might be wise to make sure their school or private health insurance plan covers medical evacuation back home or to the nearest appropriate medical facility. Should your child be studying in a country where political upheaval makes it unsafe to stay; does this plan also cover political evacuation?